Witches on brooms have long been a symbol of Halloween, so it was hardly surprising when the subject of broom craft came up in our October staff meeting. Our goal: a durable, ethically harvested handmade broom, crafted from locally sourced materials using portable tools in the wilderness! Simple, right?

After several attempts, we decided to further our knowledge by dropping in on the Northern Woven Broom Company workshop in Crawford Bay, British Columbia, Canada.

Here, we were treated to a tour and lesson with the new owner and master broom maker Luke Lewis.

Mr. Lewis showed us how broomcorn fibres (Sorghum vulgare) can be bound using traditional techniques to make an enduring broom than will last for decades. We were thrilled to see familiar knots and lashings being used to craft such beautiful objects.

We learned that there are many traditional lacing patterns for brooms that change regionally in function of the materials available and purpose for which it is built.

Surprisingly the inner layer and the exterior weaving that holds the broom to the broom handle are bound using a single length of nylon string. In the image below, Mr. Lewis is binding the inner layer of sorghum using an intricate continuous lashing which he pulls tight each quarter-turn.

The lower bands have stitches that pass through the broomcorn. They can be executed either by hand or using an antique machine in the workshop. The lower bands give the broom it’s traditional shape- either round or spread flat in a shaker style for floor sweeping. More bands can be added for additional rigidity.

The ends of the broom can be left natural for gentle tasks or trimmed for more aggressive jobs.

As one might expect when working with natural fibres, the gathering, drying and preparation of the broom crafting materials clearly plays a critical role in the life expectation of the final product. The raw sorghum used in the workshop comes from Mexico because locally grown sorghum species lack the rigidity required for long-lasting brooms. The fibres are dried for for storage, re-wet for weaving and then air-dried again before they are ready to be sold to the customer.

Mr. Lewis also travels extensively during the winter months to source, peel and carve the lengths of rustic, ethically gathered deadwood that he uses for his handles. For some brooms,  he also works with carefully selected suppliers of cherry birch, alder, arbutus and hickory.  In smaller, hand held brooms, a thick piece of rope often replaces a wooden broom handle- providing a binding surface for the sorghum.

At the end of our visit, we discussed our dream of crafting a beautiful, durable broom in a wilderness setting using the portable tools of a woodsman and locally sourced natural materials. In particular, we aspire to replace the plastic, commercial brooms that we use for cabin sweeping, outdoor trail sweeping and tent sweeping with artisanally made brooms. Luke had many interesting ideas of where to start our investigation. We look forward to experimenting with some of these strategies in future articles. Stay tuned!

Thank you, Luke Lewis and the Northern Woven Broom Company for sharing your passion for traditional and handmade crafts! 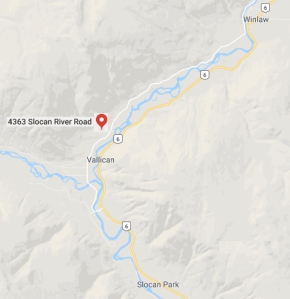 Timeless Journey Bushcraft and Survival Adventures Ltd. is owned and operated by Leo Stephens and Carmen Lazzarotto. Our mission is to help people reconnect with the natural world, forging healthy relationships based on respect, understanding, compassion for life and the environment.

Connect With Us On Social Media